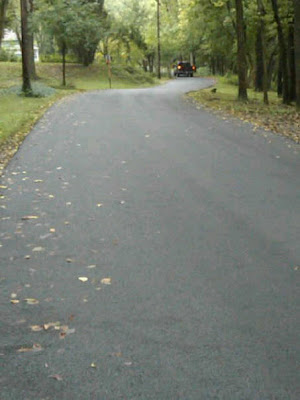 That could be a photo of a country road you’d love to ride, a trickling creek to one side, rural homes dotting the other. (Photo: BioWheels-Mitch Graham) However, had you known Binning Road in its former state of dilapidated decrepit neglect, this photo might make you sad. It’s not often a road cyclist doesn’t celebrate new blacktop. Most recently, many of Northern Kentucky’s rural roads have been repaved, and they make you smile even more when you ride them. However, Binning Road, between Roundbottom and Hwy222, connecting Milford with Batavia northeast of Cincinnati was famous for its inner tube eating, death grip on the bars potholes and broken pavement. If the competitive group was in tact before Binning, especially the stretch between Roundbottom and the bridge, no doubt it’d be shredded on the way out. Binning taught teammates how to trust each other. Binning taught riders how to relax the death grip and really handle a road bike. Like a hometown Paris Roubaix sector of cobbles, Binning taught racers how to think ahead and get to the front. Binning also made local bike shops a tiny fortune in inner tube sales.

(Here’s what Binning was like before it got paved! Well…at least it felt that way.) 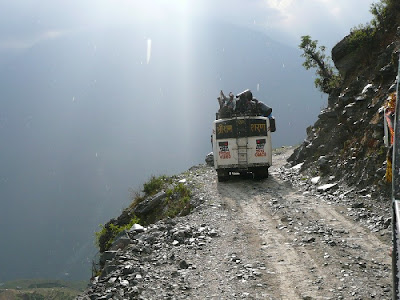 Like an ugly dog, for the past nine years, I learned to love Binning Road and its potholes, broken pavement, uneven surfaces, and the section where the road narrowed leaving only a double track or a dirt berm choice to ride around the rocks that had fallen from the adjacent railroad tracks. It was the worst road and the best road for all the same reasons. Cyclists chose Binning Road to avoid the busy Highway 50 when traveling from Round Bottom Road to Hwy 222 between Batavia and Milford. However, the real reason cyclists chose to ride Binning still exists: its fast-flat corners through its ever changing-with-the-seasons scenic valley farm fields. That vista might even be better now that you can unglue your eyes from the wheel in front of you. You might find yourself saying, “Wow, I had no idea what a pretty valley this is.”

At the root of it, Binning Road is dead to those that loved to push the pace while those with less nerve slid a finger down the brake lever and has new life to those who ever dropped a chain, flatted, or lost a something out of their seatbag. I’m going to miss the beat-up old Binning, but chances are I won’t be missing my tail light or my water bottle next time I come home from a ride.

say its not so!
but, they can't pave over the wind.
I spent years on that road starting in the 70's. Always make it a point to ride on it when I travel back to cincy (gone 25+yrs now)

favorite memory was the large dead bloating dog on the side of the road for 4 days in a row.