Confident, the index and middle finger on my right hand began to squeeze the brake lever trigger.  It would send my rear wheel skidding out to the right at 25mph.  My left knee augered away from my bike to take the initial impact of my left hip, hand and handlebars hitting the rain soaked oily pavement.  Coming down the Gilbert Avenue hill into downtown Cincinnati I judged I had about a two foot ceiling and a 10-12 foot gap to shoot between the wheels and under an energy company bucket truck.  I think I would’ve made it.  Then it stopped.
I tacked right and skirted around the front bumper, the truck jutting two-thirds of the way into my lane.  I looked back at the driver.  His window was down, bare arm on the frame.  We locked eyes.  It’s at these moments you wish you had something clever to say, something like, “What the F*** Bucket Head!”  Like Peter Sagan contesting a sprint infraction, the back of my Italian left hand leaped into the air toward the driver and the only quip my mouth could muster was “Dooooood!”  So I’m only a quarter Italian.

As I was coming down the hill in the left lane to make the left turn at the light only 150 meters away, the bucket truck was coming up on the other side of the median then made a sudden U-turn midway into my path to the light.  Had my bike rolled 20-25 feet closer I know I would’ve squeezed that lever.  At 25mph, a bike travels 36.6 feet per second.  Looking back, I estimate I had a little more than a half second to waffle on the option of grabbing a fist full of brake and taking myself human bowling.

The light was red.  I slowed to a stop in the left hand turn lane.  The truck pulled up in the far right.  With no one else at the intersection, he could’ve quickly turned and drove away, but he stopped for me.  His eyes were wide, visibly shaken.  He shouted sincerely out the window, “Sorry.  My bad.”  I half smiled.  Considering my stupidity for riding too fast for conditions, I waved him off saying, “It’s all good,” and turned back up the hill for my 5th hill repeat.
Posted by Joe Biker at 8:49 AM 2 comments:

Admit it.  When you ride past a store window you look at your reflection, your flat-backed position, your dandy color coordinatedness.  In your best Dave Chappelle voice you shake your head and say, “Mmm.  Damn.  I’m one fine looking two-wheeled specimen.”  Like fly-fishing, cycling is half fashion show.  Rolling past Cincinnati’s Verdin bell and clock factory on Riverside Drive, I checked myself out in the reflection of the blacked out windows.  Holy hell!  My socks were as hideous as rubber waders.  Tall white socks with light blue stripes stuck out of the top of my red accented jet black Pearl Izumi shoes like aero bars on a group ride.  It was a triple-snap-clash sista.


Getting ready for a work meeting, my wife stands in front of the full length mirror.  She kicks off one pair of shoes for another, keeps the bag, but ditches the belt.  She asks if the shirt looks better tucked in a little or a lot.  “A little tucked in,” I answer.  There’d be a lot less dorky looking male cyclists if they took a tip from a primping business woman and wheeled their entire ensemble (bike, shorts, jersey, helmet, shoes, sunglasses and all) in front of a full length mirror.

Instead of learning from my wife, my fashion feeble man brain thought I needed tall blue cycling socks…you know, to match my blue and white BioWheels team kit.  I typed the exact phrase into the image search of Yahoo.  Magically 300 pictures of tall blue socks appeared in every shade, length and color combination imaginable.  Row by row, page by page, I dismissed every last one of them as too aqua, too tall for UCI, not enough style.  I went so far as to drink 3 beers and design the perfect sock with Microsoft Crayon 2.0.

I was Mister Pitt, Elaine’s incessantly picky boss in a sock buying episode of TV’s Seinfeld.  He screams, “I want a decent sock that’s comfortable THAT WILL STAY ON MY FOOT!”  Mister Pitt proves what has eluded scientists for centuries.  The fashion part of the male brain can only decipher two variables, in his case, comfort and tightness.  Shorts match jersey.  Bar tape matches bike.  Socks match team kit.  Throw in patterns, design, helmets, shoes, gloves and glasses and the male fashion brain drops to its knees like Elaine, covers its head and screams away the impending frustration induced aneurism.  Hence, most men end up with two pair of work shoes, black and brown.


Two pair of shoes!  That was the key right there.  I have two pairs of cycling shoes.  My road shoes are black with red accents (at left).  My MTB shoes are white with green accents.  My shoes match my bikes.  I needed socks that bridge the gap between team kit and my bike and shoes.  Like my wife’s belts, shoes and bags, cycling socks tie the ensemble together.  I virtually rolled each look in front of the full length mirror.  I ended up choosing three pair of socks, one for each look …road, cyclocross and mountain.

RULES OF THE ROAD: Winner will be chosen randomly from all entries.  “Anonymous” comment entries will not be considered.  Please be aware that we’ll need to get in touch with you, so include an email in your profile and/or “like” us on Facebook so we can get in touch with you if need be.  Winner will be announced on 7/26/12.  Good luck and thanks for reading!
Posted by Joe Biker at 2:57 PM 13 comments:

Odometer: The Nuances of the Number Nine 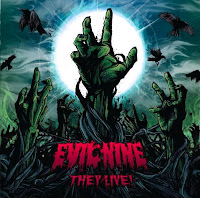 It’s like missing the spare, leaving one pin standing.  Hot looking girls are a perfect dime not a California 9.  It’s a gymnast getting docked a tenth for a slight wobble on an otherwise 10.0 vault.  Lately, as you'll see interspersed between paragraphs, every ride I’ve done recently has come up 9’s: 49 miles, 59 miles, 29 miles.  Sure, I could roll the extra distance, take a circle around the block or noodle an out and back down the street, but that’s questionable ethics isn’t it?  Every mile must have a purpose.

For a cyclist, a ride distance ending in 9 is the marathon equivalent of running a 26.1.  Track athletes don’t do the 99 meter dash.  No one takes a picture of their car’s odometer with 99,999 miles.  They wait for the big 100k before locking the steering wheel with their knee and snapping the Facebook photo.

There’s people I know, dirty dishonest cheating people that I stick my tongue out at, that’ll go the extra mile or tenth to get over the hump.  Not me.  I prefer to stew in disappointment and despair, cuz that’s the way uh huh uh huh I like it (KC & The Sunshine Band.)  I don’t think that counts.  The ride was over when you arrived back at the parking lot, the house, the bridge or wherever it was over. 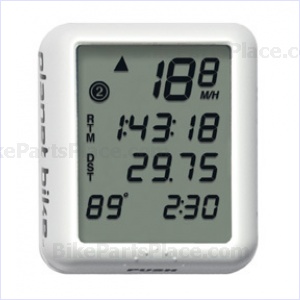 However I once, strong armed by riding companions, dipped my toes in the foul water and rode the out and back of shame to turn a 98 mile ride into a century.  I’m still not sure putting off the shower and sandwich an extra 10 minutes was worth it.  It certainly felt like cheating, not quite something I’d bring up in a confessional, but  more like using white-out on a term paper.

Noodling out the extra mile doesn’t count for me.  You either ride 100 miles or 50 miles or 25 miles or you don’t.  Circling in the parking lot or a zip around the block at 10mph is not riding.  The only way to legitimately tack on mileage to a ride that may fall short is to add purpose.  Otherwise, it’s a sad pathetic empty mile.

So here’s how to ethically add the distance to your ugly ride that ends in nine.  Do something special with that extra mile.  Ride to the store and buy your companions a coke or an ice cream.  Take that mile and see how far you can go no-handed.  Go after the nearest Strava segment.  Go back to the intersection where you saw the penny on the road and pick it up.  Hammer that extra mile as hard as you can.  Bikefucious says, “100 miles is not a century if not all are ridden with purpose.”