The weathered looking woman next to me worried about the incoming snow storm.  As I sat waiting for my tires to be rotated and oil changed at Tire Discounters, a conversation struck among strangers.  Her husband is a school teacher.  If school was delayed, he’d have to be in early.  Consequently, with one car in the shop, she’d have to drive him in.  The man to my right, I’m guessing was a bus driver.  He offered up a bit of knowledge that the woman-next-to-me’s husband could get a discount bus pass since he was involved with the school system.  As any Wisconsin native would do, I kept my trap mostly shut and offered few personal details.  Since only bike shops offer bike magazines in the waiting room, I picked up a glossy car magazine with a photo of a racy BMW M1 prototype on the cover. 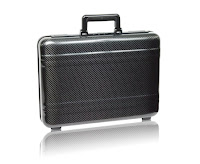 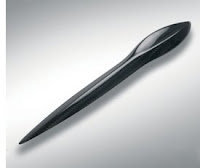 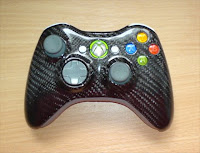 Lastly, this Carbon Fiber Snare Drum turned up.  While it puzzled me at first, it did start to make sense.  It’s lightweight for traveling or musicians that perform while moving.  It’s durable, so I’m sure it

can be tuned to be able to bang out anything from a death metal beat to something tight and funky.  No doubt it’ll probably stay in tune longer than materials that might flex with temperature and humidity.  And, like all things carbon, it would match any University of Whatever marching band team kit.

Prepare to be amazed.

Dear little baby jesus I had no idea it had gone that far. A child car seat? Really? Really??

These bad boys make your Zipps look affordable. Which for you they were, since they only cost you $250 or so.....

Just imagine how fast I could get to the races with those on my truck, not to mention the fuel savings! The more I think about all these carbon thingies, there always seems to be a legitimate reason to want them. Take the kids car seat. If you're driving something with carbon fiber wheels, those heavy plastic Walmart brand kid's car seats would totally mess up the balance of the sports car you're driving, not to mention add curb weight. I hope somebody's working on a carbon fiber baby to sit in it.

A little off topic, just noticed that Duane and Adam are now in the paceline. Click their little photos on the "followers" section on the right of the main page and see what they've been writing about.